We're an independent public utility governed by a Board of Commissioners.

Three Commissioners are elected at-large by majority vote and serve six-year terms. The mayor of Charleston and an appointed city council member are ex-officio members of the board.

The Board acts as an oversight and policy-making body and has full authority to approve contracts, purchase property, and authorize water / wastewater rate adjustments.

The utility's daily operations are carried out by a staff of 430 associates. Executive management consists of five officers.


For info about the election of board members, contact the Charleston County Board of Elections and Voter Registration or the SC Election Commission (843) 745-2226)

Our Board of Commissioners meets on a monthly basis to discuss policy matters, review financial information, approve contracts, etc. Items discussed at Board meetings, as well as procedural requirements and meeting scheduling, is specified in the Commission By-Laws and Rules of Procedure, which you can read here.

Mr. Pritchard received his law degree from USC in 1992 and served as the law clerk for the Honorable William L. Howard, Sr., resident judge of the Ninth Judicial Circuit. He was admitted to the South Carolina Bar in 1992, and the US District Court for the District of South Carolina and the US Court of Appeals for the Fourth Circuit in 1993. 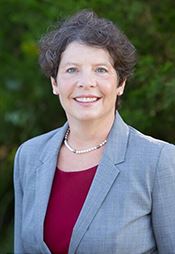 Kathleen Wilson has served the Charleston region in multiple capacities. She earned a bachelor of music and master of music in harp performance from the Cleveland Institute of Music, serving as principal harpist with the Charleston Symphony, North Charleston Pops and as a guest with other regional orchestras. She is recognized as one of the foundational musicians through the decades of growth within Charleston, the go-to musician of choice. She holds adjunct teaching positions as instructor of harp at Charleston Southern University and the College of Charleston and maintains a freelancing schedule.

She was elected to Charleston City Council in 2005 and served as Mayor Pro Tempore in 2008. She served full three terms as a council member before being elected to serve Charleston Water System.

In addition to professional and public service, Kathleen has spent a career as a marathon swimmer of international reputation. She was the first female swimmer in history to complete marathon swimming’s Grand Slam, the 13th swimmer overall to complete the Triple Crown and first South Carolina resident to swim the English Channel. She introduced this new sport to South Carolina and continues to serve the sport as race creator and director of the annual Swim Around Charleston and through SwimCalm, a unique teaching system for adults with fear of water who wish to swim. 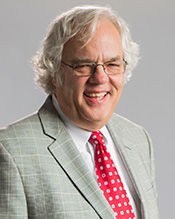 A native Charlestonian and veteran public servant, William Koopman came to Charleston Water System in March of 1985 to head the Customer Service department. Prior to joining CWS, he served as deputy county administrator for Charleston County. In 1986, Mr. Koopman was appointed assistant manager and then became general manger, a title equivalent to CEO, in January 1999. He served a total of 20 years on staff, including eight as general manager, before retiring in 2005.

Mr. Koopman was appointed to our Board of Commissioners in 2006 to fill the unexpired term of Chairman Howard Burky who passed away that year. He became an elected Commissioner in 2014 and chose not to run after his term concluded in 2020. Mr. Koopman accepted his second appointment to our board in 2022 following the passing of Dr. David E. Rivers that year. 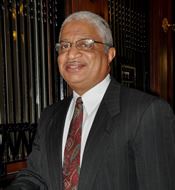 Perry K. Waring was appointed to our Board of Commissioners in January 2016.

Read his bio on the city of Charleston's website.

Read Mayor Tecklenburg's bio on the city of Charleston's website.