The Birth of a Modern Water System 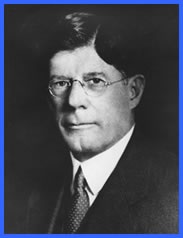 The Commissioners of Public Works is Born

The steam pumping station on the banks of the reservoir — originally called Saxon’s Station, was renamed for J. Ross Hanahan, a Charleston businessman who helped negotiate the City’s purchase of the waterworks. Mr. Hanahan was elected to the first Board of Commissioners and served as chairman until 1923.

CPW’s first Manager and Engineer, Mr. James E. Gibson, ran the utility until his death in 1947. During his years at CPW, Gibson gained respect for his efficient administration of the fledgling utility, and received national recognition for his engineering work associated with the Edisto Tunnel.

Renewed Search for a Water Supply 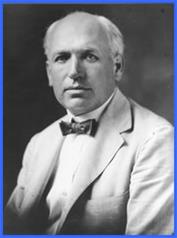 Heavy rains washed away part of the Goose Creek dam in July 1916, a calamity that was immediately followed by the drought of 1917-1918. The resulting water shortage forced CPW to look for an immediate and long-term water source to supplement the Goose Creek Reservoir. CPW found temporary relief in the Ashley River at Bacon’s Bridge by building a pump station and three-mile wood-stave pipeline to supply an additional five million gallons per day to the Goose Creek Reservoir during periods of drought. The federal government helped fund this project, as additional water was needed to establish expand the Navy Yard during World War I.

But to attract industry and support continued development, Charleston needed an even larger water supply. As luck would have it, the West Virginia Pulp and Paper Company was looking to build a plant near Charleston and needed a large supply of fresh water. CPW Manager James Gibson recommended a supply from the Edisto River near Givhan’s Ferry, and the paper company agreed to purchase raw water from the tunnel and provide funding for the project.

It took CPW nine years (1928-1937) to build the 23-mile tunnel — all hand excavated — to deliver water from the Edisto River to the Hanahan Pumping Station. The tunnel cost $1.36 million and provided a gravity supply of 70 mgd to the plant. The Edisto River became CPW’s primary source of water, and continues to provide raw water to the Hanahan Plant today. 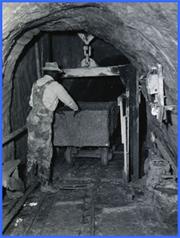 In 1949, US Steel considered locating a plant in Charleston, but without an inland waterway deep enough to accommodate shipping, the company instead chose a site in New Jersey. The loss convinced Lowcountry leaders that Charleston needed a deepwater shipping channel and a large water supply to attract industry. The result was the construction of the Bushy Park Reservoir and Industrial Park in the early 1950s. CPW contributed $1 million to the cooperative project, and agreed to provide the infrastructure to make water available for industrial use. CPW also built a seven-mile tunnel to carry water from the Bushy Park Reservoir to the Goose Creek Reservoir, providing a water source that would put an end to CPW’s long search for an additional supply. The tunnel, named for Francis B. McDowell, Jr., CPW’s second Manager/Engineer (1947-1953), was later extended to feed directly into the plant. Today, the Bushy Park Reservoir is CPW’s primary source of water.

In the mid-1940s, the Hanahan plant underwent a major expansion to keep up with the growing demand for water. The project included the addition of the Booker Filter Plant, named for S.S. Booker, Chairman of the Board of Commissioners (1937 – 1959), and a new pump station bearing the name of CPW’s first Manager/Engineer, James E. Gibson (1917 - 1947).

By 1950, CPW’s service area had expanded to include the St. Andrews Parish west of the Ashley River, and in 1968, CPW celebrated it’s 50,000th meter installation, a milestone that demonstrated continued growth and the demand for water and sewer services. In the 1960s, and in the fifty years since, CPW has continued to upgrade and expand the Hanahan Plant. Some of these additions include two settling basins and the Stoney Filter Plant, named for Board Chairman Randell C. Stoney (1960-1983).