We're in the process of replacing the network of deep tunnels that carry raw sewage (not stormwater) to our Plum Island Treatment Plant.

With an estimated total cost of $196 million, it is one of the largest infrastructure projects in our history, funded primarily by revenue bonds supported by current sewer rates.

The fifth phase, the West Ashley Tunnel, is currently under construction (see below for details).

Background
The original tunnel system was built in the late 1960s at the same time as the treatment plant. It was designed to collect sewage from pump stations and convey it to the plant for treatment. Over time, the highly corrosive nature of wastewater damaged the carrier pipe inside the tunnel and the tunnel structure itself.

After discovering this severe deterioration in 1998, we began an aggressive, multi-phased effort to replace the tunnels. Engineers feared that if the tunnels were not replaced, a major collapse could block the tunnel and cause sewer overflows, a potentially serious threat to public health and water quality in the Charleston Harbor.

The project is primarily funded by revenue bonds supported by sewer rates. The project has also received the following federal funding: 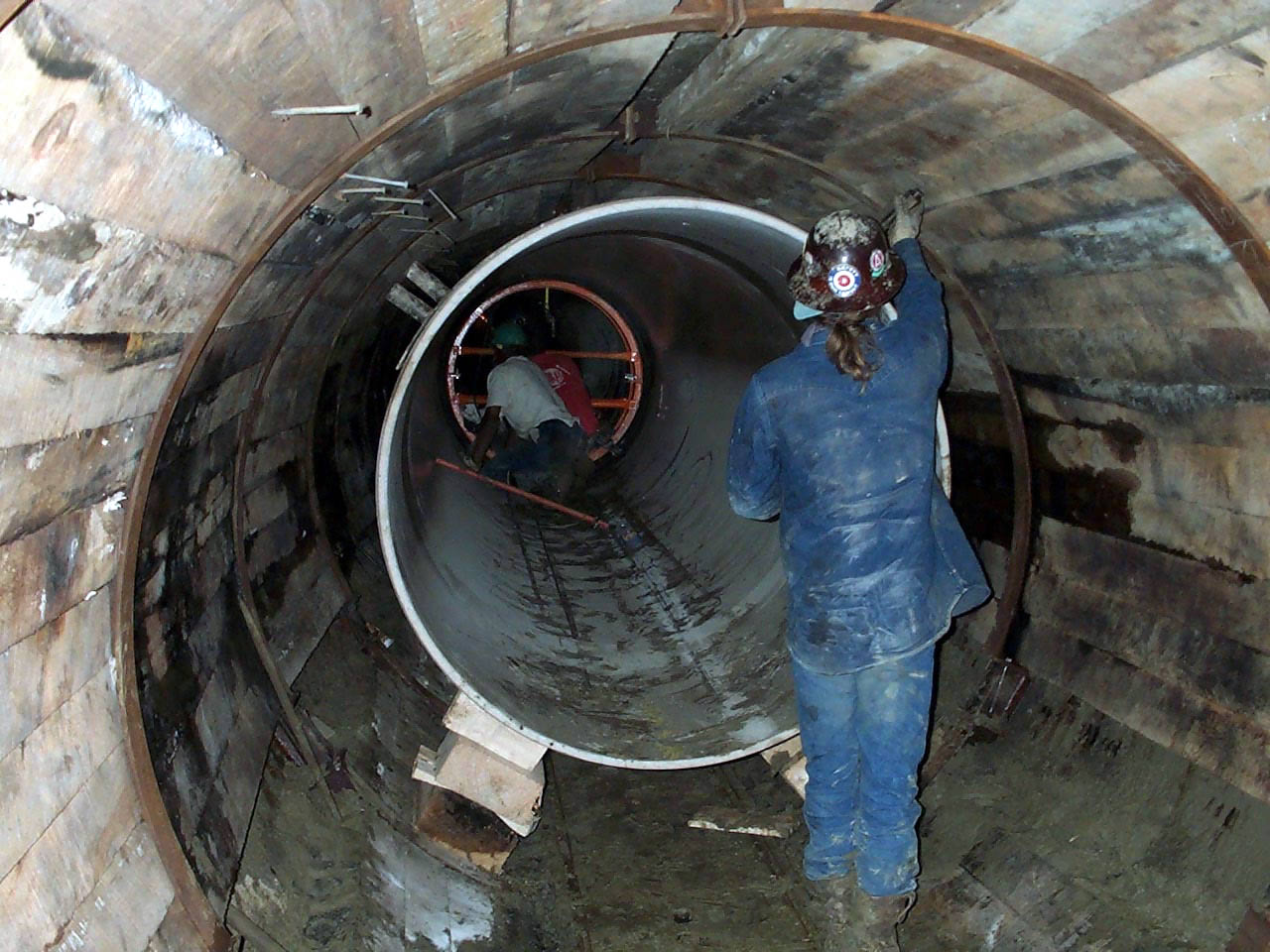 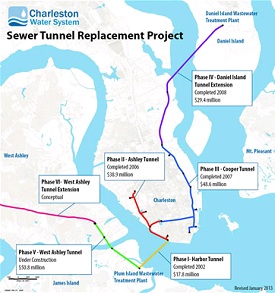 The existing West Ashley Tunnel carries wastewater from West Ashley, parts of Johns Island, and the towns of Hollywood, Ravenel, and Meggett. It is structurally unsound, and current peak wastewater flows exceed its design capacity, resulting in occasional sanitary sewer overflows in the Byrnes Down and South Windermere areas during heavy rain events. Read press release

In April 2013, Charleston Water System began construction on a new West Ashley Sewer Tunnel. The project is expected to be complete in late 2017. Most construction activity will take place at three major work sites:

Fact Sheets
Note: These fact sheets were developed before project construction and do not reflect the updated project schedule. The project is scheduled to be complete in late 2017.