The Search for a Suitable Water Supply 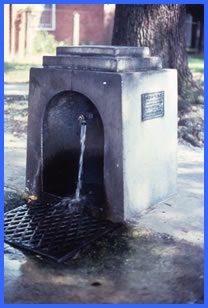 The Early Years: Shallow Wells & Cisterns
From the time the first settlers arrived in Charleston in 1668 through the early 1800s, Charlestonians obtained drinking water from shallow wells and rainwater collected in large cisterns. As the population grew, poor sanitation practices contaminated many of these wells, and city leaders began looking for a clean, plentiful source of water.

Deep Artesian Wells
In 1823, after hearing accounts of London’s success with deep artesian wells, Charleston City Council commissioned the construction of an artesian well at Meeting and Wentworth Streets. The 1,260-foot well was a disappointment: it cost $30,000 and took years to complete, only to produce a small amount of water.

It would take fifty years of trial and error, engineering ingenuity, and advances in the field of geology before artesian wells would become Charleston’s primary source of water for a brief period in the late 1800s. In 1879, a 1,970-foot well was successfully drilled at Marion Square. It yielded an impressive 700,000 gallons per day and was thought to be the first successful artesian well in the region. Following this triumph, City Council granted a franchise to the City of Charleston Water Works Company to develop a public water system.

The Water Works purchased the Elliot Mansion at 14 George Street for the location of office space, a pumping station, and a collecting reservoir. This building would later house the Commissioners of Public Works until 1985. 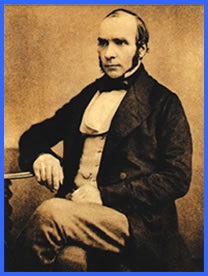 Advances in Public Health
In the late 1800s, a number of scientific discoveries made it clear that clean water and good sanitation practices were key to preventing disease. During an 1854 cholera outbreak in London, epidemiologist John Snow plotted the cases on a map and identified a water pump as the source of the outbreak. He removed the pump’s handle and the epidemic subsided, proving that contaminated water could spread disease. Over the next forty years, a series of discoveries by Robert Koch and Louis Pasteur proved that microscopic bacteria caused disease, and set the stage for the establishment of public health departments to track disease and make policies to prevent the spread of illnesses.

The Charleston Light & Water Company & a New Water Source
By 1897, it was clear that the two million gallon yield of the City’s artesian wells could not continue to support the growing population. City Council appointed a committee to find a new water source, and in 1902, engineers recommended damming the Goose Creek, a tidal tributary of the Cooper River, to develop a fresh water reservoir. The City quickly moved forward with the recommendation by granting a franchise to the Charleston Light and Water Company to take over the City’s water system from the Charleston Water Works Company, and to build the Goose Creek Reservoir, along with a filter plant and steam pumping station on the Atlantic Coast Line Railroad near Hanahan. The Goose Creek supply was first introduced into City water mains in the fall of 1904 and provided up to five million gallons of water per day.